Robbie recorded this collection of songs and tunes in Berlin around 1982. The musicians are: Pauric "Tiny" Mc Neela; Andy Conlon; Robbie Doyle

Band Members Max McColgan; Güno van Leyen and Robbie Doyle are joined on this lively album by Co. Clare musician , singer and poetess Mary O’Sullivan who adds her special Clare Magic to this recording. Bernd Lüdtke who was largely responsible for the recording of An Tain, also adds a huge musical input. 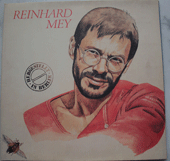 Robbie took part in this Reinhard Mey Album along with his old friend Johnny Murray (R.I.P.) who played the irish pipes. They worked hard to get everything right for the studio and thankfully it all went well in the end. In fact it went so well that Reinhard Mey invited Robbie to record with him again. Shortly after that Robbie performed live on stage with him in Berlin – Deutschlandhalle.

The Irish Weavers: “The work of the weavers” 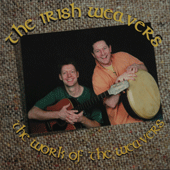 This is Robbie’s first album in CD form and it was recorded with Güno van Leyen a musician from Kavalaer / West-Germany. They were joined on this recording by some of the best known characters on the Berlin irish folk scene in Axel Rosenbauers Studio in Kreuzberg.

This was a recording Robbie made some years ago with a wonderful group of people called: The Happy Disharmonists. They are just a happy bunch of 24-7 housewifes, teachers, doctors and tradsmen who like to sing. Karsten Gerlitz was responsible for this fantastic gig that took place in a beautiful cathedral in Berlin.

Robbie recorded this album "The Yellow Steeple" in the summer of 2007 with fellow Band members Marty Byrne and Eddie Smyth, they were joined by guitar virtuoso Hugh McBrian who also shared a wealth of his studio and recording experience with them.

Keeper of the Song